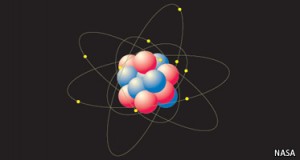 This is an interesting question, which leads us to ponder what it exactly means to be ‘alive‘? Or maybe put in another way, what is the smallest unit of matter that can be said to be ‘living‘?

Generally, atoms are not considered to be alive, even if they are part of a living thing.

And when I ingest the water, and it is being used by the biochemical machine that is my body, a hydrogen atom from a ‘dead’ water molecule might become part of my living body. On the same account, living creatures are constantly shedding molecules, which are made up of atoms, into their environment. The most notable example is of course carbon dioxide, which is made in almost all living creatures.

As the saying goes: “We are all made of stardust”.