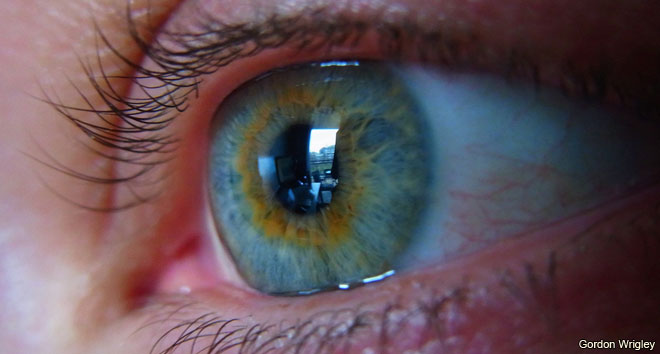 Light that enters the eye is focused onto the retina at the back of the eye. The retina contains light sensitive cells called rods and cones. Cone cells are found in the middle of the retina and detect the different wavelengths of coloured light, whereas rod cells are found around the periphery and detect low levels of light.

The rod and cone cells contain special proteins which absorb light resulting in activation of the cell. The signals generated by the rods and cones of the retina are transmitted to the neurons which form the optic nerve. The optic nerves from both eyes meet at an area called the optic chiasm where the information from each eye is split according to the visual field and some is sent to the other side of the brain, i.e. signals from the inside half of each eye (closest to the nose) travel to the other side of the brain, so that each half of the brain processes one half of the image from each eye.