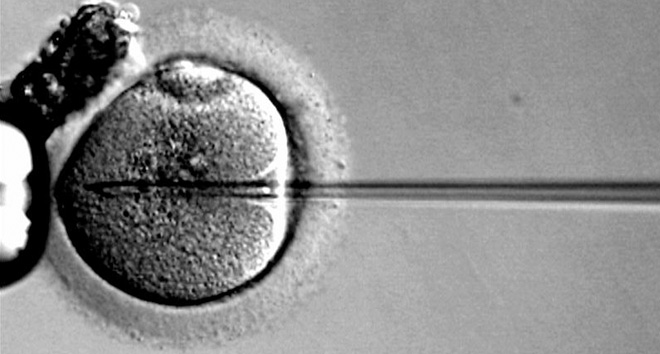 In 1978, Louise Brown became the first baby conceived in a laboratory through assisted reproductive technology. Here, Louise tells us what it was like growing up.

I don’t think my Mum and Dad were prepared for the shockwaves that went around the world when I was born.

As the first person to be born through in vitro fertilisation (IVF), I was called “the test-tube baby”, with politicians, religious leaders, doctors and scientists all commenting on the rights and wrongs of my birth. But for Mum and Dad it just meant one simple thing: they at last had a baby they could call their own.

My family received hate mail – although that was far outweighed by the hundreds of letters saying my birth had given hope to parents who couldn’t have children by themselves. People said I would have something wrong with me. When I didn’t, they said I was superhuman and could move objects with my mind. Some said I had no soul.

Some of the ‘fears’ people expressed when I was born are now a reality: same-sex couples can use the technique to have families; some people are choosing the sex of their babies; people are ‘renting out their wombs’ as surrogate mothers. But there are now over 5 million IVF children in the world. Patrick Steptoe and Robert Edwards, the scientists who pioneered IVF, gave me the middle name ‘Joy’ and when I meet people who have been through IVF that is still the overwhelming reaction I see.

People’s chances of having a baby are now so much better than they have ever been. Freezing eggs and storing sperm have become commonplace, helping people to have babies despite terrible life-changing illnesses, and that has also got to be a good thing. Work with stem cells is helping to solve genetic problems before people are born.

I’ve been really impressed by what is happening with IVF and male infertility in recent years. That wasn’t the issue for my Mum and Dad, but now there is so much being done to help men who have problems becoming a father.

The moral issues and dilemmas thrown up by my birth are still there, although the arguments have changed over the years. People’s attitudes have changed incredibly and the laws have changed with them. At the time I was born, it was unthinkable for same-sex couples to marry and have children. Now, in the UK and many other countries, same-sex marriages are legal and commonplace, and by using IVF, sperm donation or a surrogate mother those couples can complete their family with children. I think that is fantastic if the children are raised in a loving family.

IVF is also being used to help women have children later in life and for me that is a mixed blessing. I worry about women over the age of 50 that are having their first babies through IVF. Although I would not stand in the way of any woman, any age, who wants to have a child, I do believe that it is important to be there for your children later in life. So I think people need to think carefully about the age they will be when their children grow up. I lost my Mum when I was in my 30s and I miss her every day. It brought home to me how important it is to have children when you are younger, if you possibly can – an option my Mum didn’t have.

When I was four years old, Mum and Dad sat me down and showed me the film of my birth. It was a caesarean – everyone can see it these days on the internet. My reaction at the time was that it all looked a bit messy!

I understood that I had been born in a different way to others straight away. Mum and Dad took that decision to tell me early, and I’m glad they did. It made sense of the odd comment I might get in school and the constant press interest.

But it’s only now, since Mum, Dad, Bob Edwards and Patrick Steptoe have all passed away, that I realise just how significant my birth was to the world. The story of how I was born has been written many times but only those inside my family know what happened after I was born – the world reaction, the media frenzy, the public curiosity. That is why I have chosen to publish a book – my story in my own words.

Mum and Dad were determined I would have an ordinary life. They achieved that. I have an ordinary job in my home city of Bristol and two lovely sons – conceived naturally, so I never had to go through IVF myself.

People born through IVF are just like everyone else – some are nice, some are not; some are clever, some not so clever. The first words said when I was born by the doctors who examined me were: “normal baby” – that’s what I was and now I’m a normal woman. We are just normal people who needed a little help from science to get here.