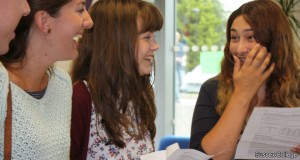 Below are some key facts for science subjects for 2013 GCSE results;

Results in separate sciences declined. This can be explained in part by 2013 being the first examination of new specifications that were deliberately more demanding. Other factors contributing to the decline in results for Biology, Chemistry, Physics and Additional Science this year include high performing students switching to the IGCSE; an increase in 15 year olds, who perform less well than the main cohort; and a continuation of the trend that is seeing more students moving away from double science to the separate sciences, but this group being of lower ability than those who have traditionally taken separate sciences.