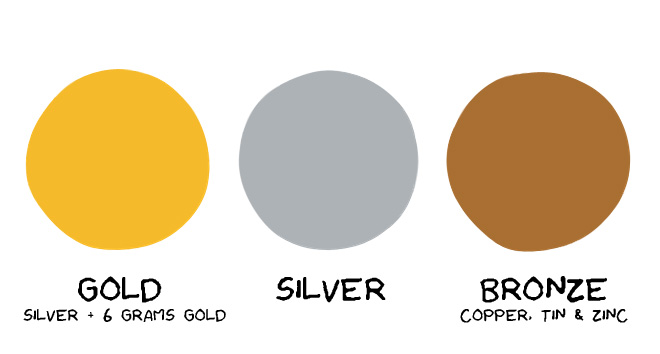 During the Olympic games, athletes who come first, second and third place get awarded a medal. They maybe called Gold, Silver and Bronze. But is that actually what they’re made of?

However, for all the athletes who received a Gold medal at the Sochi 2014 Winter Olympics, their medals also contained a piece of the meteorite that struck the Russian city of Chelyabinsk a year earlier!

According to a BBC News article, the different medals also have vastly different values – due to what materials they’re made of. Gold medals are worth roughly $600, Silver medals half that at $300, and Bronze medals worth a measly $4.