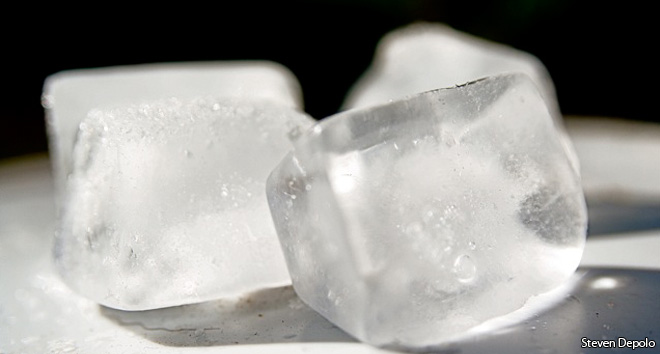 Snow comprises huge numbers of ice crystals with lots of trapped air between them. If we could look at a single tiny ice crystal within the snow, it would look clear.

Visible light from the sun is made up of components of different wavelength (the electromagnetic spectrum as in a rainbow; red, orange, yellow, green, blue, indigo, violet). When the light hits a single ice crystal, some of it is absorbed and some reflected back; on passing through the crystal the light changes direction due to a process called refraction, as in a prism, and can be internally reflected within the crystal.

With vast numbers of individual crystals of different form in snow, and the differing wavelengths of the components of white light, the overall effect is very complex. The resulting appearance,  including reflection of much of the incident white light, is white.