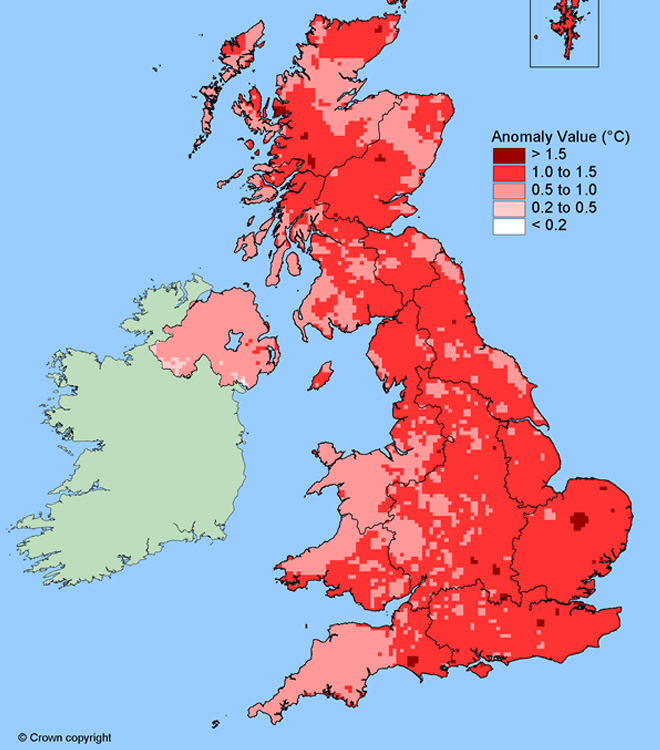 2014 was a record breaking year weather-wise in the UK. From the Met Office’s own summary, they found 2014 to be the warmest year in the UK ‘since records began‘ and most probably the warmest since at least 1659!

So why is this happening? Regular Ask a Scientist contributor Michael de Podesta takes a look at the weather we experienced in the UK last year in his own blog, exploring the facts behind the statistics and why this is happening.