On Friday 27 September 2013, The Intergovernmental Panel on Climate Change published a report compiled by 259 scientists from 39 countries, claiming with a massive 95 % certainty that most global warming is caused by people.

That means that the UN is now publicly making it known that it is in agreement with what the majority of climate scientists have been saying for years.

So what does this mean for you, and will you notice a difference in your very own lifetime?

Luckily The Guardian has a way for you to check, providing you with facts, figures and an interactive graph on how climate change at it’s current rate will affect you. 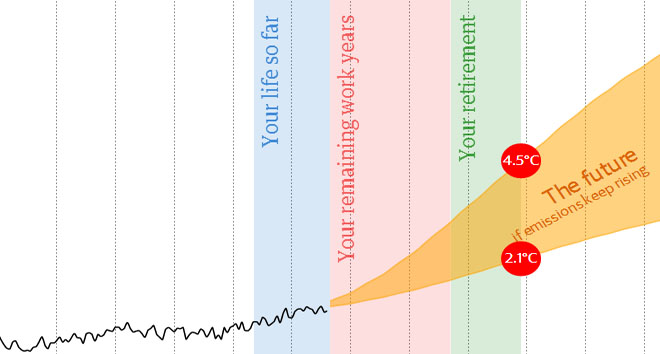