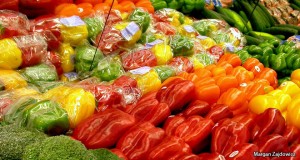 UK supermarket giant Tesco has used it’s own newly published data and industry-wide figures to reveal how much food is wasted across the UK, providing a view of how and where food is wasted along the production chain for a major supermarket.

Some of the biggest wasted foods were bagged salads, with 65 % of them wasted (35 % being thrown out by customers), with 40 % of apples being wasted and 47 % of bakery items.

Five highlighted foods from the 25 most frequently purchased products from Tesco.

Of the 68 % of produce estimated to be wasted across the UK, Tesco said 35 % was thrown away by customers, 17 % was down to “field losses”, 15 % was “processing losses” and less than 1 % was wasted in stores and distribution centres.