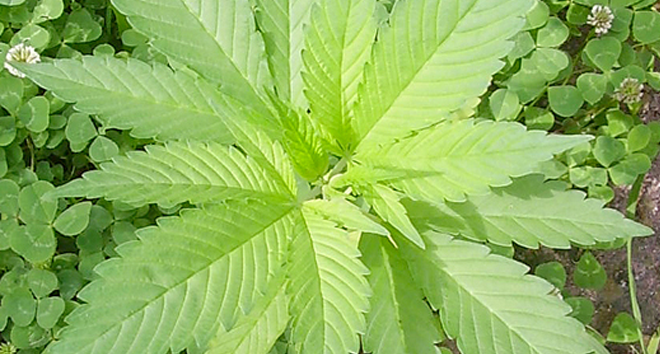 It was 1971 when the UK Misuse of Drugs Act received Royal Assent, although it didn’t come wholly into force until 1973. The Act made it illegal for doctors to prescribe their patients cannabis tincture – the only form of cannabis permissible at that time. But, in a somewhat surreal move, despite the many thundering speeches about cannabis, the Act actually softened sanctions for the possession of cannabis for recreational purposes.

The maximum penalty for possession was reduced by half to six months. When the Act came into effect, Lord Hailsham, the Lord Chancellor, gave sentencing advice to the Magistrates Association. He told them to treat cannabis users “with becoming moderation”. At a time when medical researchers needed a supply of cannabis to study its components, the British government had achieved the dubious outcome of softening punishment for recreational use, but criminalising medical use and research.

Understanding the run-up to the passing of the Act sheds some light on today’s messy situation in Britain. Until 1916, there was very little legal control over drug use. Professor William O’Shaughnessy, an Irish physician who had worked at the Calcutta Medical College in India, had reintroduced cannabis as a medical product to the UK in the 19th century. In the 1840s, pharmacist Peter Squire made the drug into a medicine, known as Squire’s Extract. It was recommended for insomnia, menstrual pain, birth pains, alcoholism and addiction to morphine, and was included in the British and American pharmacopeias, official publications listing medicinal drugs with instructions for use.

It was not widely used, though, either recreationally or medically. A drop in medical use was partly because, unlike morphine, it could not be delivered by injection (a preferred delivery method).

The 1925 Geneva Convention kick-started decades of drugs control, as ‘concern’ – with racist overtones – mounted over the use of opium and cocaine by soldiers, young women and ‘men of colour’. Cannabis was included in the Convention, under sustained pressure from Egypt, Turkey and South Africa.

The 1925 Dangerous Drugs Act introduced controls on the import of coca leaf and cannabis. It was amended in 1928 to criminalise the possession of cannabis, although doctors could still prescribe drugs for treatment or addiction.

Drug use remained low and a small number of drug users received their drugs on prescription. Then came the 1960s, and a rise in drug use. A few doctors over-prescribed heroin, and sometimes it ended up on the black market. Cannabis, amphetamine and LSD became increasingly visible in the UK, with some doctors prescribing both heroin and cannabis.

Politicians reacted with new legislation. The 1964 Dangerous Drugs Act criminalised the cultivation of cannabis. Next was the 1967 Dangerous Drugs Act, which placed limits on prescribing heroin and cocaine for addicts. Drugs could be made available as medicines, and cannabis was placed within this category. When the 1968 Medicines Act was introduced, cannabis was permitted on prescription as a tincture, under the so-called ‘licence of right’.

The growing restrictions on medical and research use hit hard. In one case heard at Oxford City Magistrates in October 1968, a landlady was charged with possessing cannabis resin (her tenant, in whose room the cigarettes and tincture was found, had absconded). An empty bottle of tincture was found, prescribed by one Dr Ian Dunbar.

Dunbar, a London GP, prescribed cannabis for a few hundred users, most of whom visited a chemist on Shaftesbury Avenue to collect tincture from a pharmacist, made by William Ransom and Son Ltd. According to a doctor who worked alongside Dunbar, Sam Hutt (later to become the country and western singer Hank Wangford), the extract was like “psychedelic marmite”, dissolved in alcohol to make a tincture. But, as Dunbar wrote in his biography, More Than A Puff of Smoke: “My prescribing quickly came to be viewed as driving a coach and horses through the law by the officers in the Drug Squad.”

He prescribed to three groups of people. First, patients under treatment who used cannabis as a therapeutic aid. Second, cannabis users who would otherwise use the black market. Last, and controversially, a small group of heroin addicts who he felt could use cannabis as an exit drug. Dunbar was asked to leave his practice and spent much of his life in poverty.

Pressure grew from groups such as SOMA, set up in 1967, to liberalise the law on cannabis, with eminent medical researchers, arts figures and politicians signing a letter to the Times in the same year, calling for reform. A parliamentary committee, chaired by Baroness Barbara Wootton, examined the case for and against cannabis, reporting in 1969 that “the long asserted dangers of cannabis were exaggerated, and that the related law was socially damaging, if not unworkable”. The committee wanted penalties for cannabis to be reduced, so that those arrested for possession would no longer be jailed, and called for a better legal framework for cannabis research and medical treatment.

James Callaghan, the then Home Secretary, denounced the report, which he considered soft on drugs, but some of its recommendations on reducing penalties for possession formed part of the 1971 Misuse of Drugs Act (initially introduced by Callaghan and eventually passed under his successor, Reginald Maudling). While the Act made life easier for cannabis users in some ways, it was more restrictive in others. Callaghan said that it would “enable action to be taken against doctors who prescribe irresponsibly, and who can be, and have been, the main source of supply of a new drug”.

Life after the Act

When the Misuse of Drugs Act was introduced, doctors lost the right to prescribe cannabis. The Act repealed the previous Dangerous Drugs Act and created the classification framework we still have today. The new regulations listed cannabis, cannabis resin, and cannabinol and derivatives, and prohibited all medical use. Cannabis was made a schedule 1 class B drug, meaning that in law it was deemed to have no medicinal value – ironically, just at a time when its efficacy was finally being researched. As Professor David Nutt later put it: “This was the first time that a government had decided to take a medicine out of circulation for political reasons… the medical profession did nothing.”

In fact, some medical bodies welcomed the Bill. As the Royal Pharmaceutical Society’s parliamentary adviser, Eric Ogden MP, said: “These doctors are a threat not only to the patients they treat – perhaps I should say maltreat – but are also a danger to the partnership that exists between the medical and pharmaceutical professions.”

Two key pressures partly softened official attitudes towards medical cannabis in the UK: medical research and activism by people with multiple sclerosis. The Home Office granted GW Pharmaceuticals permission to research cannabis for controlling symptoms in patients with MS, which led to development of the tincture of cannabis known as Sativex.

In the USA, the activism of people with HIV/AIDS, glaucoma and other conditions has driven a far wider process of legalisation for medical use that now spans 23 states and the District of Columbia.

The earliest medical product derived from cannabis was a synthetic version of the cannabis chemical delta-9-tetrahydrocannabinol (THC) called dronabinol (marketed as Marinol). It was approved by the US Food and Drug Administration in 1985 for the relief of nausea and vomiting in people receiving chemotherapy for cancer. Nabilone, a synthetic cannabinoid that mimics the action of THC, was also developed around this time. Marketed as Cesamet, it is approved for use in countries including the UK, the USA, Canada and Mexico.

Robert Randall, the ‘father of the medical marijuana movement’ in the USA, won a court case as early as 1976, gaining the right to government-grown cannabis to control his glaucoma. The federal government created the Compassionate Investigational New Drug programme, giving Randall and a small number of patients legal access to cannabis. He then went on to found the Alliance for Cancer Therapeutics in 1981, with his wife, Alice O’Leary.

The federal programme was closed to new patients in 1992 because the government felt that too many people with HIV/AIDS were applying to it. This infuriated activists and led to the establishment of buyers’ clubs and non-profit collectives. It was anger about raids on these collectives that fed into the development of the first statewide law that permitted the growth and use of cannabis for “ill patients”. In 1996, California Proposition 215 was passed.

In the UK, little has changed. It remains to be seen whether the work of pressure groups including the United Patients Alliance can change the views of the government, and trigger an overturning of the legislation that has caused the de facto ban in the UK over the last 40 years.