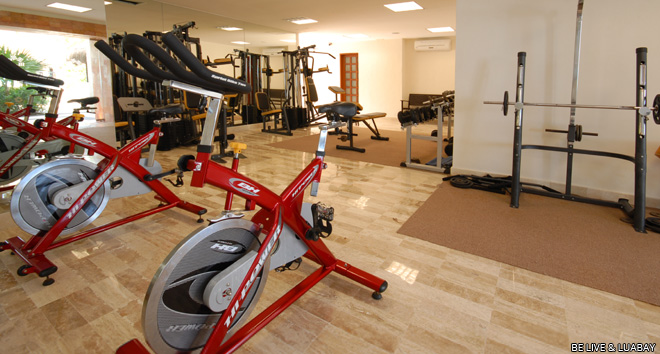 While sweating and struggling in a gym, you may have wondered if all the energy you’re putting into your workout could be put to some use. How about, using that energy to help power the lights, or the actual treadmill you’re running on, rather than it all being wasted. What’s more, could all this energy being produced actually offset all of the gym’s power needs and create an entirely carbon neutral gym?

Let’s look at the power 20 squad members in a Rugby team training together might produce.

So with 5 of each type of cardio machine and no treadmills, 15 rugby players could generate 1250 W + 750 W + 1000 W = 3000W – a useful amount of power. Each person would be working at a rate which would burn roughly 1000 kCal/hour which is pretty intense exercise, so let’s guess that they could do this for one hour.

Given these simple calculations the answer has to be – ‘Yes’. But there are caveats

So all in all: this 2.6% per annum return on investment might well make sense in the context of the £30,000 or so which such a gym might cost.

But would that be carbon neutral?

Such a gym would not recoup the carbon released during in the manufacture of the equipment for many decades – probably beyond the lifetime of the equipment. But people might well prefer a gym where they feel their efforts aren’t being wasted. However, what would be the worst possible outcome would be that additional generating equipment was incorporated into gym equipment to make people feel better, and that the carbon cost of the additional equipment was not recouped either!

As many people have found micro-generation of electricity can make sense in certain contexts. For instance if the gym  was in an isolated location which could not connect to the electricity grid. But nothing can approach the low cost of central generation of electricity using cheap carbon-emitting fuel. If electricity from the grid was all  renewably generated lots of schemes such as this one would make economic sense. However electricity might then cost perhaps £1.00/kWh and we would all take much more care not waste a joule. Anyone in favour of massively increasing electricity prices?

This question was originally posted on Michael’s blog