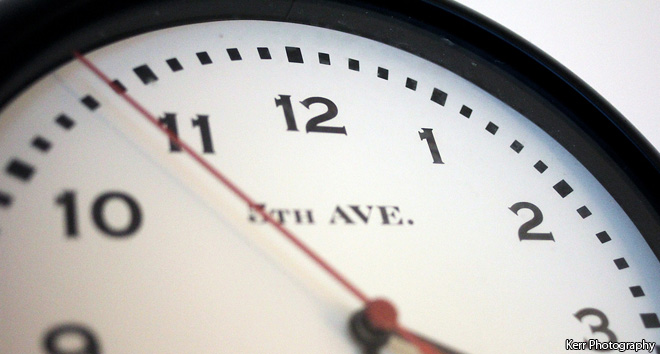 These clocks are nearly a million times better at keeping time than the rotation of the Earth itself and when the Earth’s rotation starts lagging behind Coordinated Universal Time (UTC), scientists are required to add a leap second to keep them in sync.

Leap seconds are used to provide a link between the extremely stable time scale based on atomic clocks and the more variable time scale of the solar day.

When a leap second is needed, it will be inserted in the last minute of either December or June, or exceptionally in March or September, immediately prior to midnight or 00:00:00 hours UTC. The decision as to whether a leap second is required is taken by the Earth Orientation Center of the International Earth Rotation and Reference Systems Service (IERS), approximately six months in advance.

Most people won’t notice it being added however – a leap second is 86 thousand times shorter than a normal leap day (29th Feb), and will add just 3 millionths of a percent to the length of the year.

There is ongoing debate over whether or not to abolish leap seconds and allow solar time to gradually drift away from atomic time.