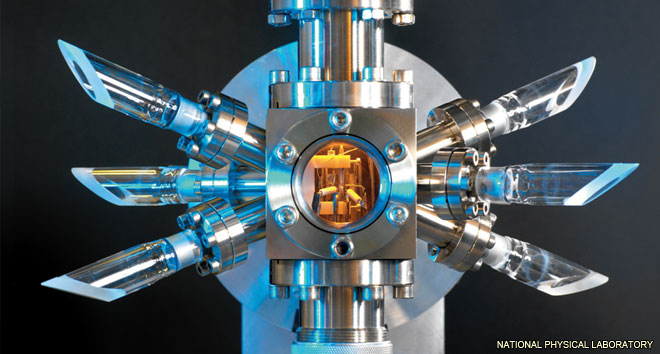 Everyone needs to know what the time is at some point in the day, whether to catch a bus in the morning or to celebrate the New Year at the right moment. For this sort of timekeeping, our personal watches and household clocks are accurate enough. A typical quartz clock, for example, manages to keep time to within a second over ten days.

When it comes to sending data down a phone line or navigating by satellites however, we need as much precision as possible.

Applications from global communications to satellite navigation, surveying and transport systems are underpinned by precise timing, and the same stable and accurate time scale must be in use everywhere for such systems to operate correctly.

Telecommunications rely on accurate timing to ensure that the switches routing digital signals through networks all run at the same rate. If they did not, those switches running slow would not be able to cope with the traffic and messages would be lost. When speaking on the telephone, you might hear a click or a crackle if just one data packet was lost. If sending a fax, a line might be smeared. If communicating over the internet, the connection might be lost completely. As we become more reliant on the telephone and the internet, we are also becoming more dependent on atomic clock time. 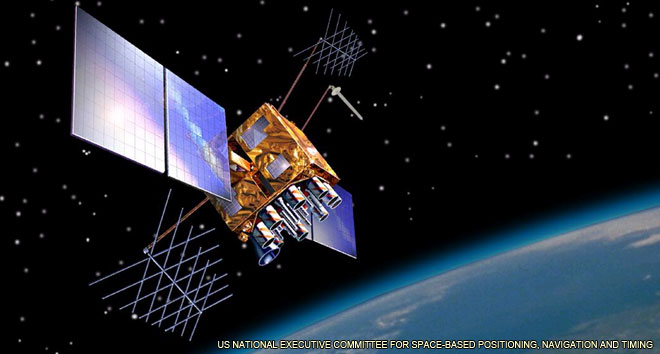 For the navigation of ships, aeroplanes, and more recently family cars, Global Positioning System (GPS) satellites (pictured above) that orbit the Earth broadcast timing signals from their atomic clocks. By looking at the signal from four (or more) satellites, the user’s position can be determined. The time has to be incredibly accurate as light travels 30 centimetres in one nanosecond (or 300 million metres in one second!) so that any tiny error in the time signal could put you off course by a very long way. The GPS system has proved particularly effective during sea rescue operations and in situations such as Arctic expeditions where navigating by traditional landmarks and signposts is impossible.

Find out how GPS works

In the UK, it is the National Physical Laboratory that maintains and develops the national time standard. The group of atomic clocks at NPL keep the UK’s time accurate to within four billionths of a second, which means that the error in a day or a week is tiny.

The image at the top is a strontium end cap ion trap which could redefine the way that the world measures the second. Current time measurements are made using caesium fountain clocks, but the team working on the ion trap clocks estimate that they could measure time up to 1000 times more accurately. Image courtesy of NPL.

How does gravity affect time?