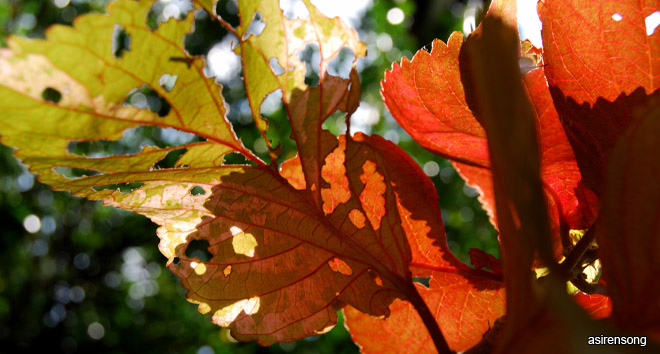 There are no ‘official’ definitions of the duration of spring, summer, autumn and winter. Meteorologists adopt a convention for statistical purposes by grouping the twelve months of the year into four three-month seasons, for example September, October and November are taken as Autumn.

Defining seasons astronomically uses the astronomical events closely related to the four seasons – equinoxes and the solstices. Equinoxes occur in March and December when the Earth’s axis is inclined neither away from nor towards the Sun when the Sun, resulting in twelve hours of daylight and twelve hours of darkness everywhere on Earth. Solstices occur in June and December when the Earth’s axis is at its extreme tilt towards and away from the Sun, so at mid-day it appears at its highest in one hemisphere and at its lowest in the other. These four events repeat every ‘tropical’ year (365 days, 5 hours, 49 minutes), so they become later by about six hours, or (if there has been an intervening leap day) earlier by about 18 hours, from one year to the next.

They are not equally spaced in the year as the Earth’s orbit around the Sun is elliptical, not circular. Their timings can be obtained from Whitaker’s Almanack or a range of websites. For 2014 they will be:

Diaries use these dates as the boundaries of the seasons, for example ‘June 21st, Summer begins’, but this leads to confusion when, in many European countries, June 24th is celebrated as midsummer day.