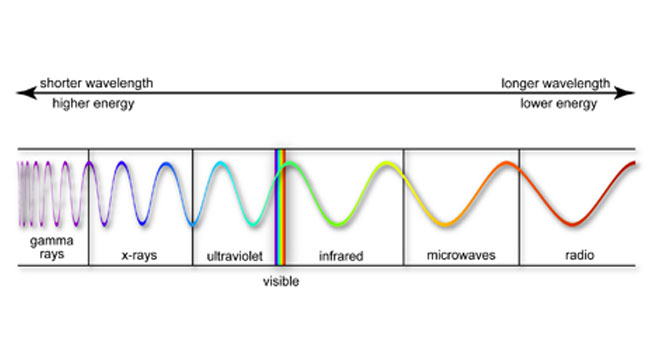 Harm’ comes when the electric oscillations of the waves are absorbed by something in your body.

This process involves something in your body – a molecule, an atom or an electron – starting to move in response to the oscillations of the electric field. This motion could cause some kind of change of the biological function of the molecule, atom or electron, or more likely it just wiggles a bit more, bangs into its neighbours, and the material heats up a little bit.

Radio waves typically aren’t absorbed strongly because there is not much in our bodies able to oscillate at radio frequencies.

Gamma rays oscillate so quickly (typically a million times higher frequency than light) that even most electrons don’t have time to respond substantially before the oscillation reverses. So gamma rays are not strongly ‘resonantly’ absorbed by the body and typically they go straight through us (like X-rays).

The mechanism by which gamma rays are absorbed is called Compton Scattering and the gamma rays interact with nearly all electrons within an object with equal chance. So in order to screen gamma rays one uses a material with a very high density of electrons – normally we use lead.