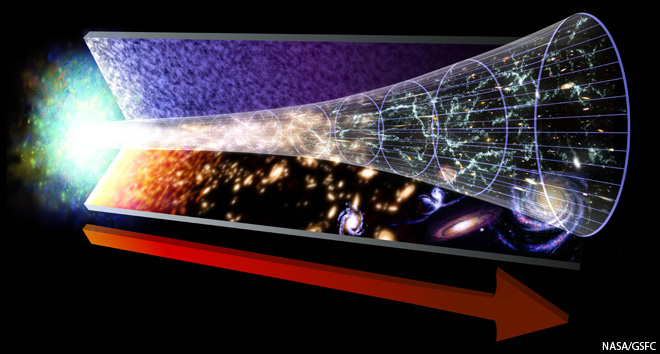 Jonahdel asks; “If the Big Bang theory is still not conclusive and has holes, why is it that most “scientific shows/documentaries” use it as the basis for their conclusions? It seems that it is the scientific equivalent of the creationists saying that God is the reason for everything and we must accept it. Is it because it is the most widely accepted theory at the moment?“

Evidence. This is the keyword: evidence. Evidence underlies the principles, laws and theories that explain how the natural world behaves. If a scientific theory explains a given phenomenon, then there must be ways to test the theory and, more importantly, there must be independent and objective evidence supporting the theory. Otherwise it is pure speculation.

In science, opinions do not count – only facts do. Similarly, our beliefs about how a particular system works has no influence whatsoever on the system. Whether or not we believe in gravity does not determine how gravity works. Also, not all scientific models are complete but that does not imply that they aren’t able to correctly explain observable phenomena and, crucially, accurately predict the outcomes of future events.

If we consider Newton’s laws of motion and his theory of gravity, for example, we are to determine precisely where the Moon will be relative to the Earth at a given time. In fact, we were able to send astronauts to the Moon thanks to Newton. That said, Newton’s theory of gravity is not complete. It is not able to explain, for example, the existence of black holes or the slight drift in the orbit on Mercury around the Sun. 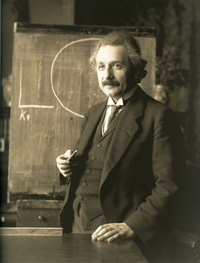 Unlike the ideas postulated by creationists, everything that science puts forward, be it a complete or incomplete theory, can be backed up and verified by observation, evidence and independent tests. As such we cannot say that the Big Bang is the scientific equivalent of creationism because even if the Big Bang theory is not able to explain everything about the beginning of the Universe, it is the best verifiable theory we have thus far. And, to reiterate, there is evidence backing up the Big Bang – clear, observable and verifiable evidence. Creationism is simply an opinion.

Finally, we are not forced to accept the Big Bang theory – anyone can come up with a better explanation but it has to be a sound, sensible and testable explanation. This is why the Big Bang is the most widely accepted theory so far.

First image: A diagram representing the evolution of the Universe, starting with the Big Bang to present day. The red arrow marks the flow of time. NASA / GSFC

15 Comments - Leave your own