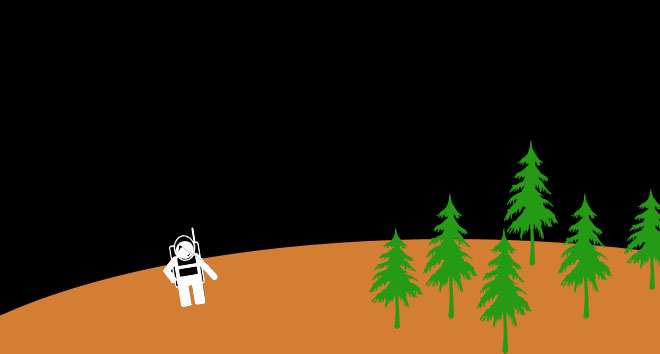 The short answer is that we certainly could. We have the means to do so to some degree. But it is a monumental task that would require a lot of time and money and effort to accomplish. It is not simply about pumping oxygen onto another planet from a huge oxygen tank. The sources of oxygen could very well be from organic compounds or some other oxygen-producing life-form that can bear the hostile environment on the planet. (Hostile for humans, that is.)

What would also be required is a method to keep the oxygen on the planet so that if humans are indeed breathing it in, while releasing carbon dioxide, the amount of oxygen doesn’t gradually disappear. What would be needed is a way to recycle the oxygen and carbon dioxide. Besides oxygen, we also need other gases, such as nitrogen, to mimic the atmosphere that we have on planet Earth. As you can imagine, this “simple” requirement of adding oxygen to another planet involves a number of tasks and it could all potentially have various unforeseen consequences.

This process of modifying a planet’s environment, climate and ecology is called ‘terraforming‘, which literally means ‘shaping’ that planet so that it becomes like the Earth. This idea has been around for a long time. We think that it can work in theory. We have yet to try it for real.

Find out why Earth’s atmosphere is different that other planets