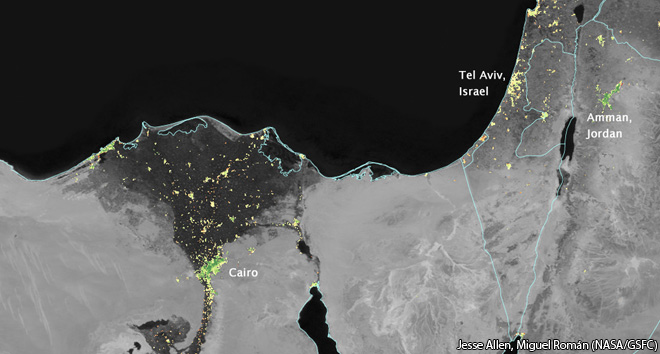 In several cities in the Middle East, city lights brighten during the Muslim holy month of Ramadan, as seen using an analysis of daily data from the NASA-NOAA Suomi NPP satellite. Dark green pixels are areas where the lights are 50 percent brighter, or more, during Ramadan.

When the NASA team investigated the satellite record, they found that the large increase in light output in Egypt’s capital corresponded with the holy month of Ramadan. During Ramadan, Muslims fast during the day, pushing meals and many social gatherings, markets, commerce and more to night time hours.

How does a light bulb waste energy?

To confirm that the night time signal was not merely an instrument artefact, they examined three consecutive years worth of data from 2012 through the fall of 2014. They found that the peaks in light use closely tracked the Islamic calendar, as Ramadan shifted earlier in the summer. 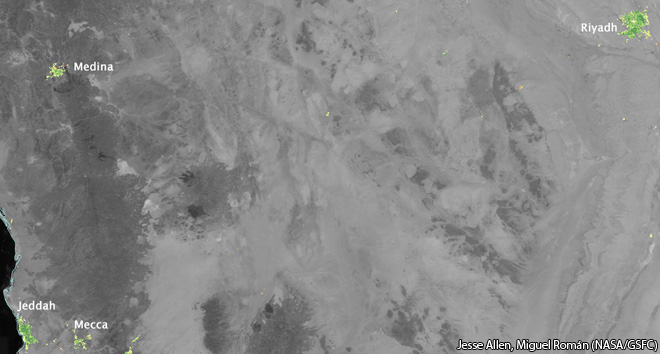 But not all Middle Eastern cities responded the same as Cairo. Light use in Saudi Arabian cities, such as Riyadh and Jeddah, increased by about 60 to 100 percent through the month of Ramadan. Light use in Turkish cities, however, increased far less. Some regions in Syria, Iraq and Lebanon did not have an increase in light output, or even demonstrated a moderate decrease, possibly due to unstable electrical grids or conflict in the region.