The distance between Earth and Mars can vary considerably due to the different orbits they have around the Sun.

A popular example is to imagine Earth and Mars as two different cars driving around a race track. Earth is in the inside lane moving around the track quickly, whereas Mars is on the outside lane and they get closer to each other when making a pass. 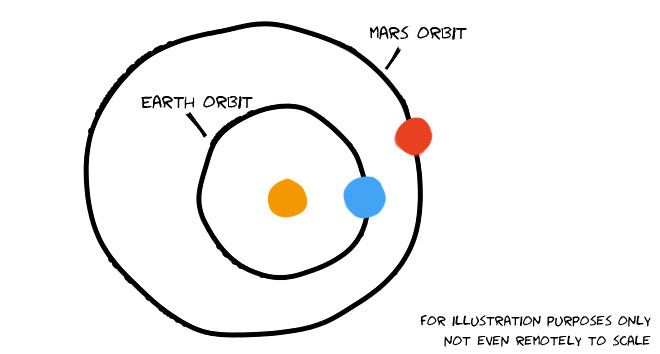 If those numbers and those distances are a little to large to understand and put into perspective you should take a look at the following website, distancetomars.com, which shows the staggering distance between us and our nearest planetary neighbour in a very cool, easy to understand graphical way.