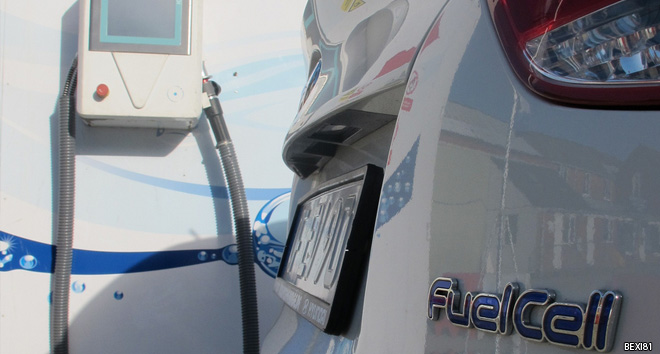 We have covered how a hydrogen fuel cell works previously at Ask A Scientist, but where could they be used? An area that could potentially benefit from using fuel cells is the transport industry.

According to the Department for Energy and Climate Change, the UK emitted 549.3 million tons of CO2 equivalent (MtCO2e) in 2011, with 122.2 MtCO2e being down to the transport industry. Cars, taxis and busses accounted for 74% of this figure, which is a substantial contribution. Fossil fuel burning cars release harmful emissions from the exhaust when in use. On a local scale, these harmful gases and particles can damage people’s health, and on a larger scale they contribute to climate change.

In the news recently we see that air pollution levels are a concern for people’s health, and a recent report showed climate change is an increasingly worrying fact of modern life. So it seems logical to try to reduce our emissions wherever we can, to try to slow down climate change, and improve the health of us, and the planet wherever we can.

More and more people are starting to use electric cars, as they don’t emit harmful gasses during use. The only problem is that they are quite limited by range in comparison to an internal combustion engine (ICE) car, and they cost a lot of money to buy. For example; an average electric car has a range of around 120 miles, whereas an average ICE car can go for around 400 miles between refills. Not only this, but the electric car will take around 8 hours to charge from flat, but in an ICE car, you can fill it up in a matter of minutes at the petrol station. These issues are making people think twice about buying an electric car, and sticking with the common, ICE car. 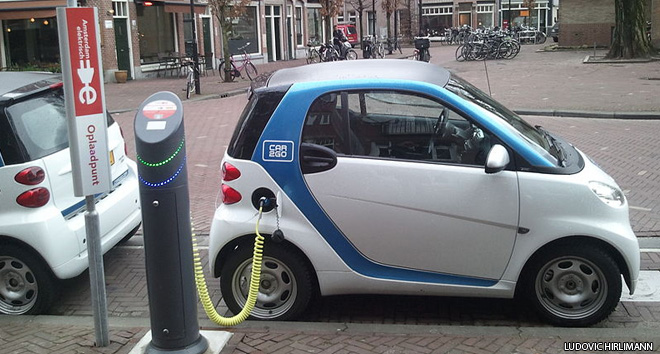 When a fuel cell is used in a car, it can have a similar range to an ICE car of around 400 miles. When it is empty, a refill takes the same amount of time as filling a normal car. It can achieve this as hydrogen gas is stored in large compressed gas tanks, and the oxygen is taken from the air around us. Because the fuel cell uses compressed gas as a fuel, the range is only limited to the amount of hydrogen you can store on board. The refill process involves plugging a pump onto the fuel filler valve and starting the filler pump (similar to LPG converted cars). This means that filling takes just as long as filling a normal car.

Is Hydrogen the Future?

So hydrogen fuel cells can do all the things an electric car can do, and an ICE car too. So why isn’t everyone using them?

Mainly because they are still very expensive to buy. Although large companies such as Toyota and Hyundai are looking to mass produce fuel cell cars next year, they are still quite pricey. The fuel cell uses platinum to help the reaction in the cell, and platinum is an expensive metal.

Not only this, but there are not very many filling stations around the UK, with most of them being on university premises. So it is quite difficult to keep a fuel cell car topped up with fuel at the moment. 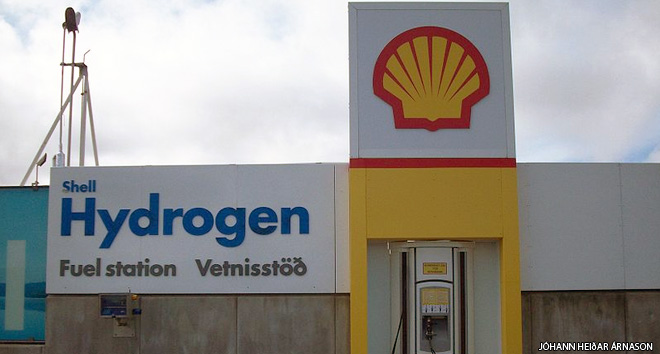 When will we be using them more?

Current projections are for mass production of hydrogen fuel cell cars in the next five years; however it is very hard to predict this technologies growth. Once infrastructure and cost issues are tackled, there should be no reason for us not to see fuel cell cars lining our streets.