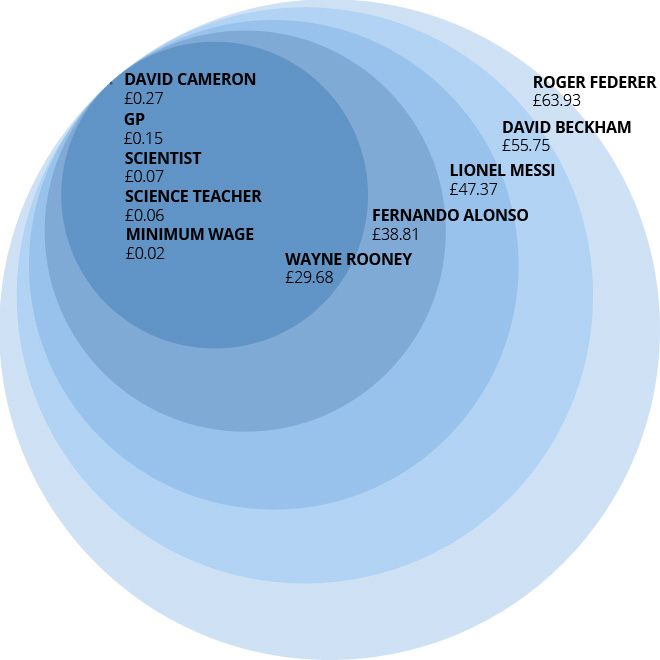 You’d be forgiven for not noticing the tiny dot at the top left of the above diagram next to David Cameron’s name, but that dot is where the vast majority of us appear.

It shows how much several high profile sports professionals earn every single minute, compared with the current UK Prime Minister David Cameron’s salary, some science related professions, such as a GP, scientist and science teacher, and someone working on the UK’s National Minimum Wage. 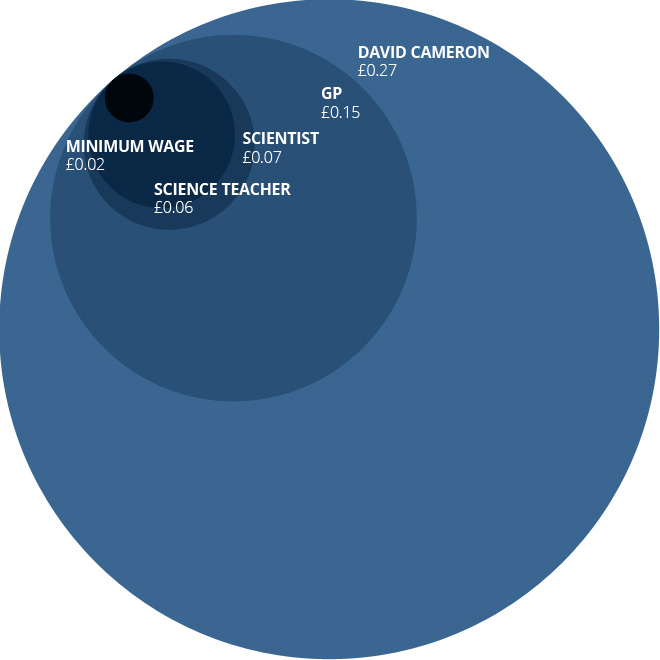