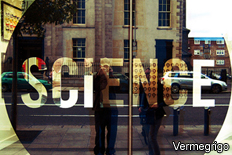 The word Science is derived from the Latin word Scire – ‘to know’. It is probably related to the word ‘scindere’ (from which I think we get ‘scissors’) which means to split or separate – i.e. it means to sort things out.

We use the word in two quite distinct ways. We use the word to describe the both the body of scientific knowledge – which is now vast – and the process by which ‘knowledge’ is added to the body. Both aspects have their roots in prehistory – but both were profoundly affected by the introduction of mass produced printed books.

Some important elements in the scientific process are that