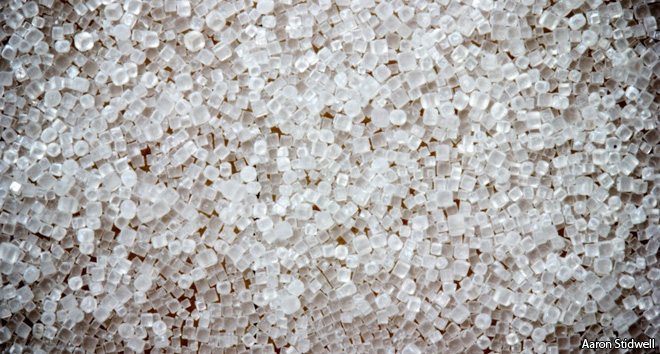 Historically, salt has been obtained from crude sources such as salt marshes, and minerals such as rock salt. This contains the stable sodium chloride plus other components. Sodium chloride is readily water-soluble, so if this crude salt were exposed to condensation or rain water, the sodium chloride could be dissolved and removed, and the salt could in effect lose its saltiness.

Also, the salty flavour is detected by our sense of taste. If there were a physiological change in the functioning of our taste buds, salt consumed may no longer taste the same, but this would not be due to any inherent change in the salt itself.

In summary, salt, i.e. sodium chloride, is a very stable material which retains its properties when stored dry.

35 Comments - Leave your own