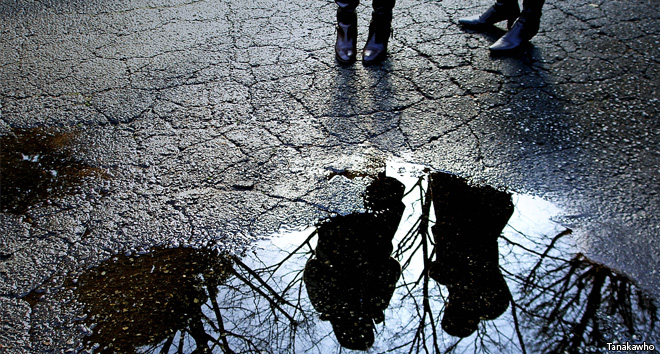 How does a puddle evaporate even though the surrounding temperature is nowhere near 100 °C?

Liquids contain molecules with a range of molecular speeds. Fast moving molecules near the surface are constantly leaving surface giving rise to a ‘vapour pressure’ above the liquid. This is called evaporation.

The rate of evaporation increases with temperature however it is not zero, even for solids. So for example, ice evaporates – albeit slowly. However as more molecules accumulate in the region above the liquid the rate at which molecules return to the liquid also increases. At any temperature there is a balance of these processes that determines the vapour pressure above the liquid surface.