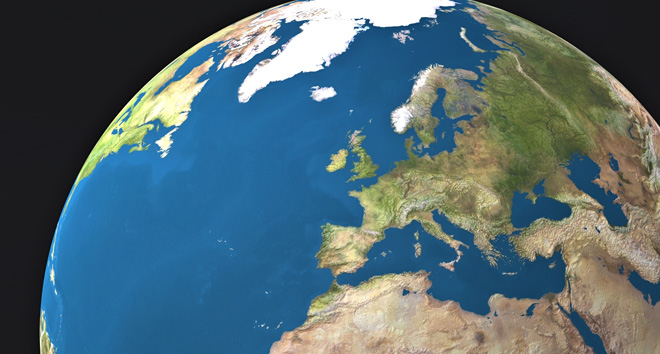 Geoengineering is any attempt by humans to modify the climate system of the Earth in order to reverse the effects of global warming. Examples of geoengineering range from ideas that sound like science fiction, like launching a giant sunshade into space, to slightly more mundane plans such as painting the roof of your house white, in order to reflect back more of the sun’s rays.

The idea of a giant sunshade is relatively simple. If we can shade the Earth from more of the sun’s rays we will reduce the temperature. But how would we maintain such a necessarily huge structure in space? What happens if it gets hit by an asteroid? And what do we do if it starts to block out too much of the sun? Space-based intervention like this would also require rapid advances in technology, as well as lots of money.

On the other hand, painting your house white is a relatively easy thing to do. When the sun’s rays hit a white roof, much of the energy is reflected back out into space in the form of light. But when it hits a dark roof, the energy is absorbed and converted into heat, which can be trapped in the atmosphere by greenhouse gases. This means that a white roof would also keep your house cooler if you live in a hot place, potentially reducing energy used on air conditioning and saving you money. However, not everyone lives in a hot place and most houses around the world currently have dark roofs, so a lot of paint would be needed to cover them all!

Another popular geoengineering idea is to pour large quantities of iron filings into the sea. This may sound like a strange thing to do, but iron is an important nutrient for organisms that photosynthesise, like plants. The iron filings allow higher numbers of algae to grow, which turn CO2 and light into energy through photosynthesis. This process removes CO2 from the air, thereby reducing the greenhouse effect.  The main problem with this solution is the potential effect it could have on fish and the marine environment.

Geoengineering is being explored but remains controversial, with many people thinking it should only be used as a last resort while we still have the chance to reduce our carbon emissions and to reverse global warming naturally. There are other issues such as politics to consider, with the Astronomer Royal recently referring to geoengineering as an “utter political nightmare.” However, if the time arrives when we need geoengineering to cool our rapidly warming planet, it is vital that research has been carried out to make sure that potential implications are well understood and any intervention made does not simply make matters worse.