We all know the familiar sight of gritting trucks rolling down the main roads when snowfall is predicted, but have you ever wondered what they’re spreading, and how it works? I have, and decided to do some research to find out what was going on.

Firstly, what are they spreading?

It’s a mixture of halite (rock salt) and crushed up grit. Rock salt has the same composition as table salt, but it’s in a slightly different form. Grit is a mixture of sand and stones.

What does it do?

The grit in the mix is rough, and helps car tyres to grip the road when it’s slippery or frozen. The rock salt dissolves and raises the salinity of the water, lowering its freezing point. This means that it’s less likely to freeze, and less likely to cause a dangerous layer of ice above the road.

Does the grit melt snow?

Neither the grit nor the rock salt will actually melt freshly fallen snow, so councils aim to spread the grit when cold weather is predicted. It can be tricky to accurately predict this – there’s a fine balance between gritting speculatively and wasting a lot of grit, and missing the opportunity to grit because it was left too late. This is why roads are sometimes not gritted properly, causing drivers to become frustrated.

Where does the grit come from?

The rock salt used in grit comes from salt mines. Salt can be produced by solar evaporation of saltwater or sea lakes, but this does not produce the halite that is used in grit. 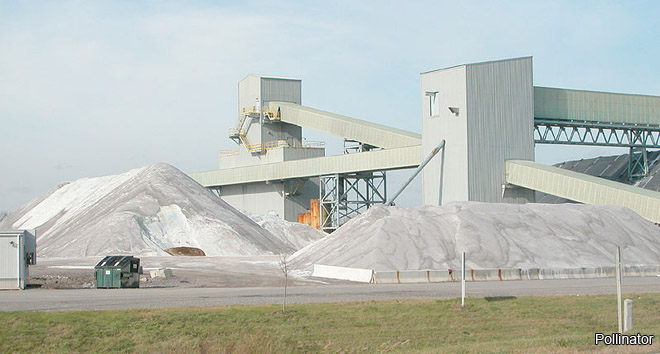 This was inspired while I was researching Bollards Direct’s grit bins, and wondering how pouring stones on the road actually helped

18 Comments - Leave your own