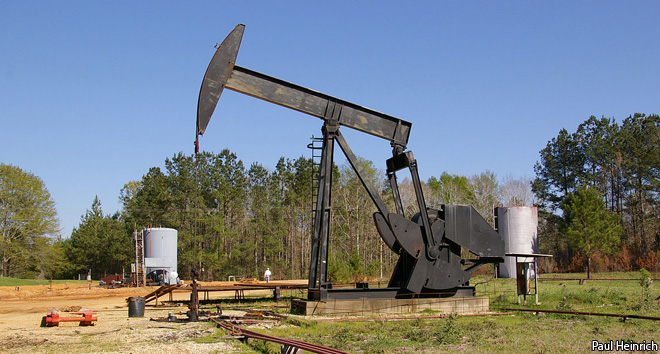 When the oil exploration industry was first developing in the late 1800s, the process of locating oil was very haphazard. Oil wells (at this time all onshore) would be drilled in locations where oil was naturally found to be seeping up through the ground. Prospectors would then drill a well and see what they found, with no guarantee of a sizeable find.

Modern oil and gas exploration companies use far more sophisticated methods to locate potential oil fields and decide where to drill wells, although even with advanced scientific processes, currently only around 50% of wells will find recoverable quantities of oil.

First geologists and geophysicists will look at rock structures to draw conclusions about the sub-surface rock type and shape in an area, which gives indications as to what may lie beneath the surface. Then detailed acoustic surveys are undertaken. In the case of subsea exploration, a survey vessel sends acoustic pulses through the sea to the seabed. Some of the sound waves are reflected back from the seabed while others penetrate further down before being reflected back by changes in rock structure below the seabed. The time taken for the signal to be received back and the strength of the signal returned is used to map the rock formations below the seabed. This information allows mapping of the structures below the seabed including whether any voids are likely to be filled with oil or gas rather than water.

The most sophisticated systems map reservoirs and produce 3D visualisations of the reservoir structures. This allows a team of engineers, scientists and geologists to identify the most optimal position to drill a test well or multiple wells. Only a test well will confirm whether there are recoverable quantities of oil in a reservoir.

To extract oil from the reservoir, separate production wells are drilled. Fluids (normally a mix of oil, gas and water) are naturally held within the reservoir at a high pressure and thus once the well is drilled, the oil is able to flow out of the well. The well is connected to a processing facility such as an offshore platform where the oil will be separated from the gas and water also produced from the reservoir. From here, the processed oil can be pumped through an export pipeline back to shore (if the field is offshore). There are a huge variety of designs of offshore oil field layout and thus the  description above is a very simplified version. In reality, a single field may have dozens of subsea well-sites, all tied-back to one or more processing facilities via multiple pipeline systems.