The world’s oceans take up 71% of the Earth’s surface. The pacific is the largest, accounting for 46% of the water surface on Earth, followed by the Atlantic at 29% and the Indian Ocean at 20%. 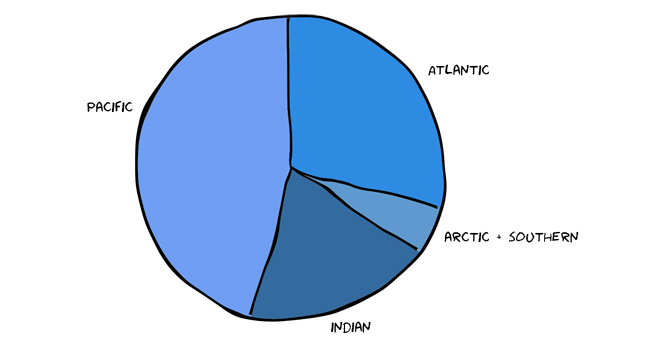 But how much water is there?!

We can make that huge number a little bit smaller by splitting up into each ocean which comes in at;