Well it depends on the time-scale.

First of all please note that these estimates are highly uncertain because sea level changes are is so hard to measure.

By the end of the century we appear to be looking at about 0.5 metres, mainly from the thermal expansion of the oceans as they have warmed. This isn’t very serious for the UK. But in the longer term we would expect that to continue. Somewhere around 2 metres – London would be threatened – the middle of it – the famous bits.

Over the last 1000 years I believe sea levels have been pretty stable rising by about 1 metre. 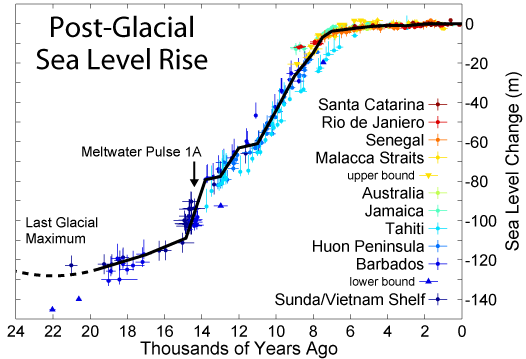