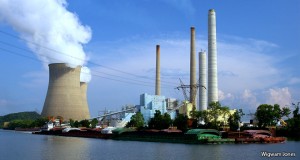 Globally, the use of coal will grow in the immediate future (20 to 30 years) but this trend will not likely continue in the longer term. Currently coal is the world’s second most used source for fuel behind oil. In 2011, oil accounted for 33.1% of the world’s energy consumption compared to 30.3% for coal.

The use of coal to generate heat and electricity is expected to increase by up to 50% over the next 20 years. This statistic is not however all that it seems as the growth in world energy demand from all sources is also due to rise by a similar amount over the same period, meaning the use of coal compared to other fuel sources will hold steady but not increase.

Future coal usage will mostly be fuelled by demand in China, India and the developing world due to its high energy content for comparatively low cost when compared with oil, gas and renewable sources. However, the use of coal in the developed world has decreased as a proportion of overall energy consumption, mostly due to the negative environmental and health effects of mining and burning coal, and this downward trend is also expected to continue.

In the longer term, the fate of coal will likely depend very much on the development and improvement of the nuclear, renewable and sustainable energy industries for power generation. The nuclear industry must fight the perception that nuclear power generation cannot be safe, while the renewables industry needs to find methods of producing cheap and economic power. Assuming one or both of these happens, the global use of coal will likely decrease as we look beyond the next 50 years.