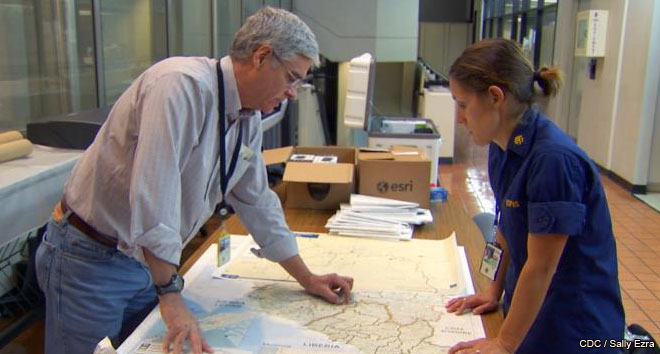 The last time I posted on the current Ebola outbreak there were just over 700 deaths. In just 7 weeks, the death toll now stands at over 2600, with reported cases now in Senegal and Nigeria. Devastating images are hitting the headlines everyday, showing those infected laying on dirt tracks instead of on beds as health facilities are under-equipped and overwhelmed with patients. The World Health Organisation (WHO) is expecting thousands of more cases in the next few weeks and with Ebola spreading exponentially each day with no cure or vaccination, can this outbreak be stopped?

Last week, WHO leaders claimed Ebola can be stopped in its tracks, but it will take international effort and a cost of more than $600m to do so. Health and aid workers, medical equipment, improved communication between countries and better containment facilities are all needed to tackle the outbreak.

Large international efforts are starting to take place, with Obama sending over 3000 troops to Liberia, the UK sending 700 treatment beds and the Gates Foundation donating $50 million to support the outbreak. Treatment options for Ebola are also being fast-tracked. ZMapp, the drug successfully used to treat health workers in August is being manufactured by Mapp Pharmaceutical Inc and a clinical trial is expected to take place at the end of this year. A candidate vaccine produced by GlaxoSmithKline and the US National Institutes of Health is now in clinical trials; the results are expected to also be obtained by the end of this year and if successful, will be given to hundreds of health workers.

Even with international aid and clinical trials for therapeutic options being accelerated, the outbreak won’t be stopped for six to eight months, according to WHO. With hope, the ZMapp and vaccine trials will be met with success so an outbreak like this will never happen again.

If you would like to donate to help the Ebola Outbreak, you can do so here.