New statistics from the British Association of Aesthetic Plastic Surgeons; which represents the vast majority of NHS-trained consultant plastic surgeons in private practice; recently revealed that the number of cosmetic ops in 2013 increased 17% on average since 2012 and not even one individual procedure decreased in popularity – the biggest rise since before the recession started in 2008.

The total number of procedures performed in 2013 was 50,122, with Breast augmentation (‘boob jobs’) remaining the top surgical procedure in the UK, rising by 13% year on year. 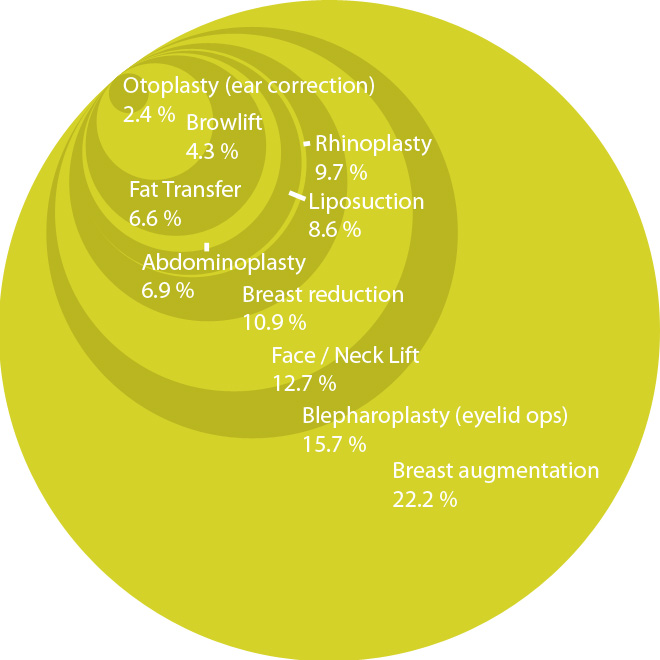