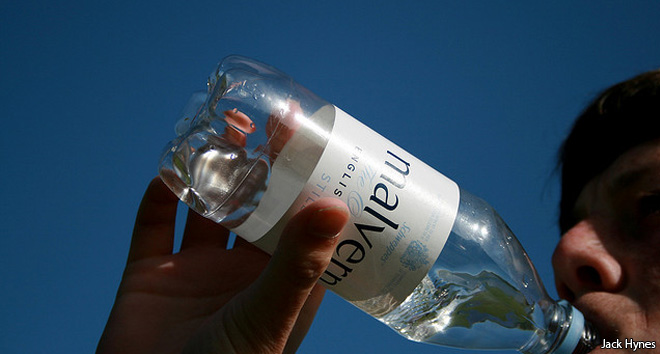 The 2014 World Cup is taking place in Brazil, with some of it’s venues – such as in Manaus, potentially seeing the mercury rise above 30C and with 70% humidity.

England’s players have been training in the UK and America wearing tracksuits, coats and hats to try to replicate the conditions in Brazil, but there’s no doubting this World Cup is going to see some hot games. To try to stop players becoming dizzy or ill during each 45 minute half of each match, FIFA have taken action and outlined criteria in which certain matches can be given permission to hold ‘cooling breaks‘.

An hour before each match FIFA’s medical officer will consult the Wet Bulb Globe Temperature, a composite temperature used to estimate the effect of temperature and humidity on humans, and if it reads over 32C, than a cooling break of three minutes in each half will most likely be granted.