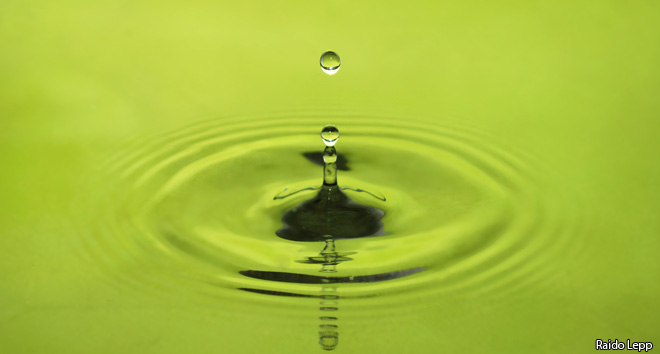 Heather from Charlotte, NC asks: “How many drops of water are in a gallon?”

It does depend on the size of the drop, however it is generally accepted that one drop of water is 0.05ml for pharmaceutical applications – which means that there are 20 drops of water in 1 millilitre.

So taking that measurement into account, how many drops of water would be in a gallon?

Well, firstly we need to work out how many millilitres are in a gallon, which a quick Google search comes back as: 4,546.09 millilitres. As we’re working to the rule that there are 20 drops per millilitre, we simply then times that number by 20 and we get the result as;

But that got us thinking. If there’s that many drops in one gallon. How many drops would there be in the ocean?

According to data from NOAA’s National Geophysical Data Center, they estimate the amount of water in the ocean to be somewhere around 1,335,000,000 cubic kilometers. That’s a massively large number for anyone, and we’ve tried splitting it up into more manageable pieces before! Doing the same sort of maths as above, we can work out that there is an astonishing…

TWENTY SEPTILLION drops of water in the world’s oceans!

29 Comments - Leave your own