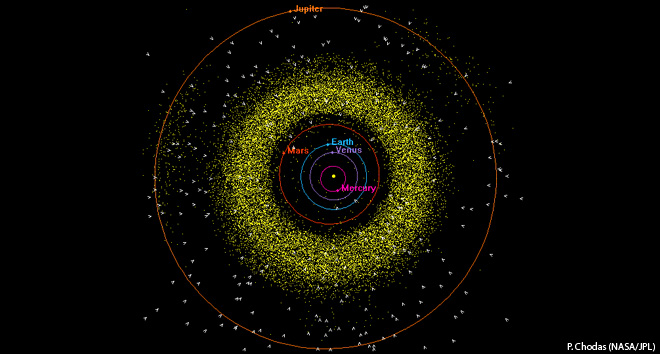 The idea of an electron ‘orbiting’ the nucleus is just a simple way of thinking about it.

There are attractive forces in both cases; the gravity holding the planet to the sun and electromagnetic attraction holding the negative electron to the positive nucleus. But the electrons are a bit more complicated than the planet, and are governed by quantum mechanics rather than the planet’s Newtonian mechanics.

The circle represents a cloud of electrondensity and not a pathway that the electrons can move along- we don’t even really know where the electrons are at any point.