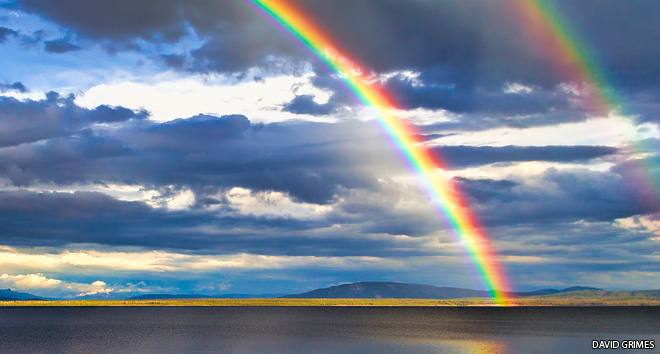 Grace asks; “Why is a rainbow organised the way it is? Why is it not in alphabetical order, why ROYGBIV (Red, Orange, Yellow, Green, Blue, Indigo, Violet) ?”

‘Roy g Biv’ is a great song by ‘They might be Giants’ which celebrates the mnemonic, on their science album ‘Here Comes Science’.

The colour names which ROYGBIV stand for were first written about by Isaac Newton in the 1600’s. There’s been debate about what exactly he meant by ‘blue’ and ‘indigo’, and whether there was anything mystical about the fact he chose 7 distinct colours.

The order of these colours results from how different wavelengths of light (which we sense as different colours) are bent (science jargon – refracted) by different amounts in glass prisms, or in the case of rainbows, raindrops.