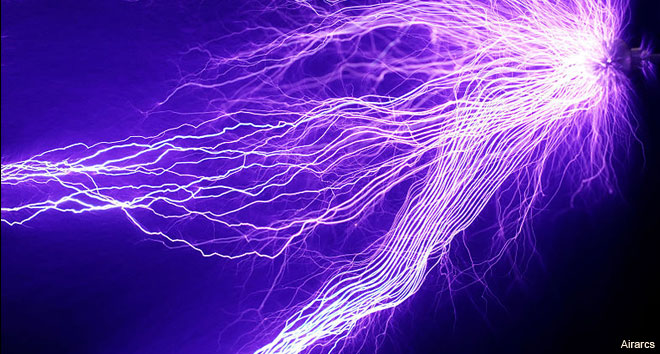 A Tesla coil is a device invented by Nikola Tesla for producing ridiculously high voltages and lots of sparks.

This is just the same principle that is used in a transformer that is present in most domestic electrical items.

In a Tesla coil there are two differences from a normal transformer. The first is that the primary coil typically has a small number of turns (perhaps only 1), and the secondary has thousands. Thus 240 V in the primary will create perhaps 240,000 V in the secondary. The second is that voltage changes are made very quickly which increases the secondary voltage even more.

In fact such coils are more complicated and employ several tricks to make them even more lethal.