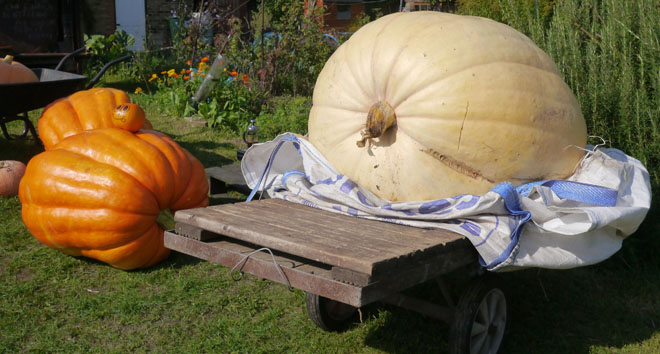 The pumpkin above isn’t just an average everyday pumpkin you’ll find in your local supermarket before Halloween. This is the King Kong of pumpkins weighing in at a whopping 124 kg – nearly double that of an average woman in the UK, and was brought along to a recent pumpkin competition in a suburb of South West London.

But how do you go about weighing such a mammoth beast when you’re outside in some allotments, far away from any industrial lifting or weighing equipment?

Well that was the challenge of scientists Michael de Podesta and Andrew Hanson who went along with an IKEA bag, a couple luggage scales and some parcel scales to see if they could help out…

Find out how they got on over at Michael’s blog.