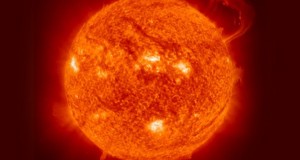 On the universal scale, energy is defined in physics as a property of matter. This has been described by Albert Einstein’s famous equation of mass-energy equivalence: E = mc2

In the simplest form, this means that the energy associated with a body at rest is defined by the product of its mass and the square of the speed of light. Energy and mass are therefore different properties of the same thing, known as matter.

Energy encountered on earth takes many forms. Some of these forms include:

Ultimately all of this energy encountered on Earth is derived from the energy contained within and released by the Sun. There are so many different forms of energy that I cannot explain how they can all be traced back to the Sun, but I will use two examples.

Electrical energy used to power the laptop or phone you are reading this article on: 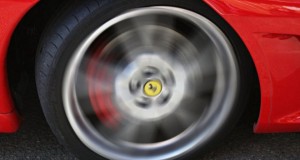 Kinetic energy of a car you are sat in:

Using this logic, it is possible to work most energy you encounter back to energy input to the Earth by the Sun. The initial energy transfer may have been from the Sun to the Earth very recently (such as at a solar array) but could also be energy from millions of years ago, such is the case with fossil fuels. It could even be energy from the original formation of the Earth 4.5 billion years ago, such as thermal energy trapped in the Earth’s core which maintains life on the planet. But ultimately this logic leads you back to the Sun.

The Sun releases energy as heat and light due to the nuclear fusion that occurs in its core. Nuclear fusion occurs when two atomic nuclei collide at such high speed that they “fuse” together to form a new type of nucleus. This is typically characterised by two hydrogen nuclei combining to form one helium nucleus. When the two nuclei fuse, a large amount of energy is released. In the case of the Sun (and all other stars) this is emitted as both light and thermal energy.

And what was the origin of the Sun and the stars? The Big Bang. Thus all energy ultimately can be traced back to the formation of the Universe at the Big Bang.