Launched in 1972, flew past Jupiter in 1973. Contact lost in January 2003 and is heading in the direction of Aldebaran in Taurus. 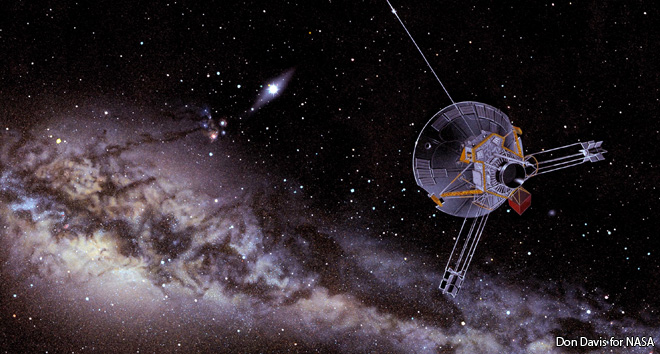 Launched in 1973, flew past Jupiter in 1974 and Saturn in 1979. Contact lost in November 1995. The spacecraft is headed toward the constellation of Aquila. Barring incident, Pioneer 11 will pass near one of the stars in the constellation in about 4 million years. 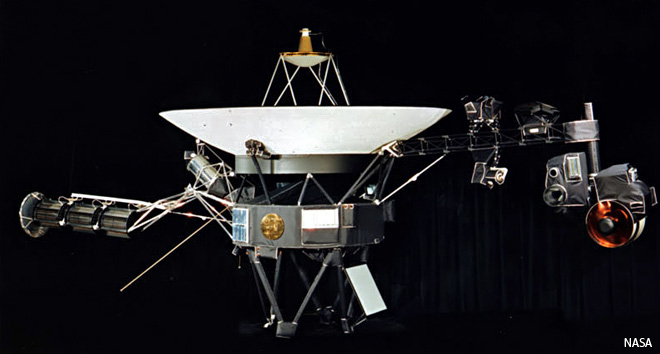 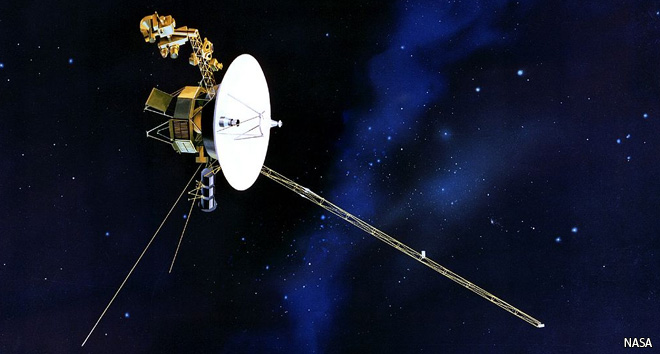 Launched in September 1977, flew past Jupiter in 1979 and Saturn in 1980, making a special close approach to Saturn’s moon Titan. Probe passed the heliopause on 25 August 2012 to enter interstellar space and is still active. 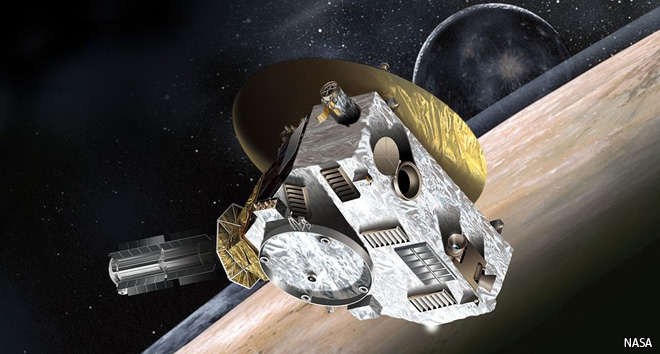 Launched in 2006, probe made flyby of Jupiter in 2007, will make a flyby of Pluto in 2015. Flyby of Pluto may be followed by a flyby of a Trans-Neptunian object in the Kuiper belt.