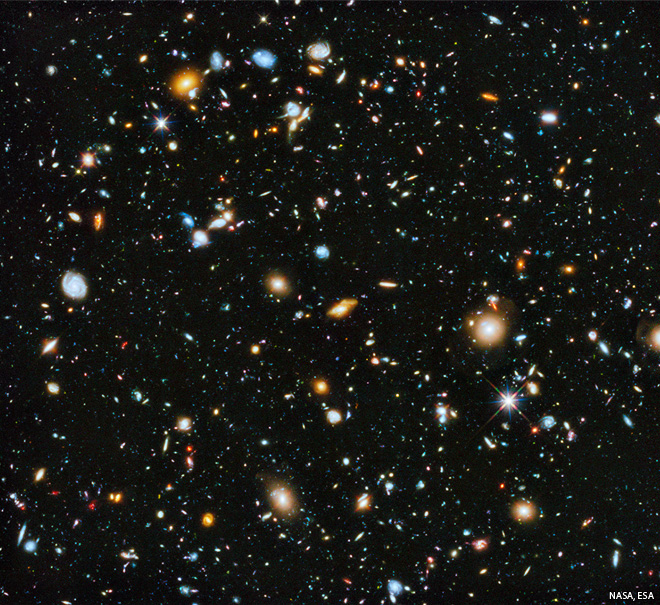 Astronomers using NASA’s Hubble Space Telescope have assembled a comprehensive picture of the evolving universe — among the most colorful deep space images ever captured by the 24-year-old telescope.

Astronomers previously studied the Hubble Ultra Deep Field (HUDF) in visible and near-infrared light in a series of images captured from 2003 to 2009. The HUDF shows a small section of space in the southern-hemisphere constellation Fornax. Now, using ultraviolet light, astronomers have combined the full range of colors available to Hubble, stretching all the way from ultraviolet to near-infrared light. The resulting image — made from 841 orbits of telescope viewing time — contains approximately 10,000 galaxies, extending back in time to within a few hundred million years of the big bang.