The term elliptical orbit is used to describe the oval-shaped path followed by planets, including Earth, around the Sun.

Up until the 17th century it was thought that all planets orbited around the Sun in a circular shape. This was when German astronomer Johannes Kepler used precise measurements to determine that this was not the case. The discovery resulted in the development of accurate predictions of the position of planets at any given time, and the advancement of our understanding of the Solar System.

Earth has an almost circular path; however the exact elliptical path of a planet varies over large periods of time, becoming more circular and then more oval. The path is also influenced by two factors called precession and tilt, affecting the alignment and precision of the Earth’s axis. Where a circular orbit means that planets are always the same distance from the Sun, in an elliptical orbit the distance varies depending on their position in orbit. 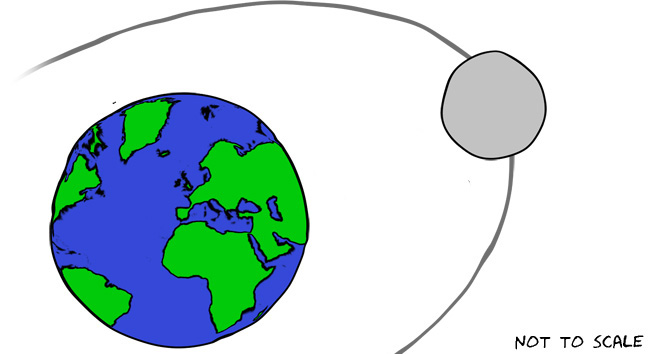 The moon has an elliptical orbit with the Earth